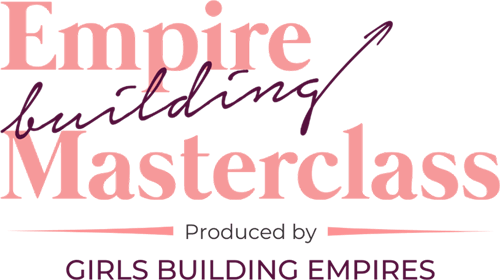 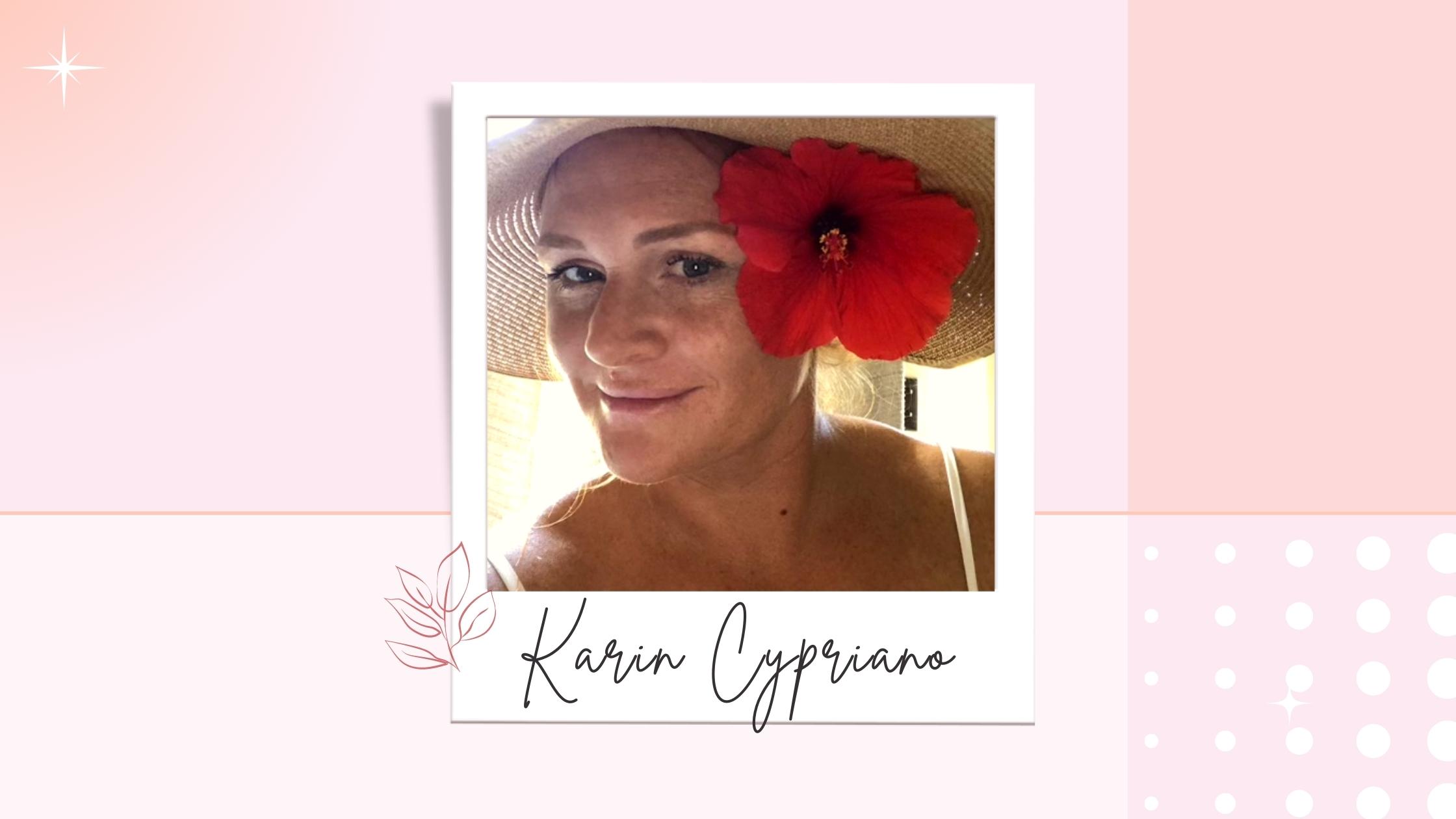 ‍‍Karin Cypriano founded Lenny Lemons in 2016, which reached $10million in sales early last year. She started this company as a mom with a full crew of 5 young kids, zero online business experience, and no income. She’s the ultimate representation of what’s possible when you’re willing to “figure it out and get messy.” Read on for inspiration you can’t shake.

GBE: Give us a snapshot of your life before you started Lenny Lemons.

Karin: Well, I was pregnant with my fifth child with 2 kids still in diapers. My hubby was working 50 hours per week doing construction, but we barely had enough to make ends meet. We were on food stamps at the time.

We lived upstairs in his parents’ house, and lived in 2 bedrooms between the 7 of us.

I would sell my kids’ new presents or return them for money to get what was necessary at the time. Sometimes it was extra groceries, formula, clothes or school supplies.

We lived humbly and really happily, actually. We always focused on family and close friends, spending time together, laughing and enjoying life.

I had worked for a hotel for 4-5 years before that but quit abruptly one day after dealing with an asshole boss over and over. I never was a good employee! Not only that, but my dreams were always big, I knew a hotel couldn't match them. (Unless maybe I owned my own. 🤔)

I did do a few multi-level marketing companies after the hotel and never found them to really feel good for me. My success was very little there, I knew I'd have to find something else.

I would spend car rides with screaming kids in the back, listening to business podcasts so I could learn something that I could possibly apply.

One day, my husband walked in the door from work and I was literally stirring a pot of noodles with the kids crawling around the kitchen, hungry and whining for food. My ear was glued to my phone and I said, “Babe, I got it! I just listened to a podcast with a mom who was making $10k per month selling baby products.” I said, “I'm gonna do that!”

We didn't have any money at the time, but my mother-in-law had gifted us some money to throw a first birthday luau for our daughter. I asked him if I could use it for my business, and he agreed.

GBE: How did you figure out the start-up process from there?

Karin: The next week I was digging into YouTube, blogs, forums, and anything I possibly could about building an Amazon business.

I was set on baby products because I had a few of them and knew I already had models for my pictures. 😊 Plus, I knew my target market would be easy--it was me! I knew what would get my attention, the tone I needed to use, the aesthetic, etc.

Picking a name wasn't that hard, actually, I have to give the credit to my husband. My daughter’s name is Kalena, and often we just called her Lena. From there we'd all make up names when trying to make her laugh (she was 6months at the time). One of her nicknames was Lenny, then Lenny Lemonade, then one day my husband yelled, Lenny Lemons!

If only the rest of the journey was that easy. :)

My first product was a set of baby bandana bibs, which I still have inventory of in my garage. 😆 I used an Amazon tool that helped me identify bestsellers, and I saw triangular "modern" bibs were selling great.

I used my forums research to figure out how to find manufacturers, and was off to the races...well, sorta. 😉

One night I hurriedly put the kids to sleep and told my husband to please not snore because I had a meeting. It was with a manufacturer from India, my meeting was at 9pm. I didn't know what to expect, but I did my best acting like I knew what I was doing, and like I was in a large USA office. 😂

I wasn't fooling anybody though, at the end of the conversation he said, “Well ma'am, since you're new to this, the process will take much longer.”

We did end up working together, he was my first official manufacturer. I was so excited!

I am not a designer and had a comical time trying to figure out exactly how to place an order in designer terms. I remember they asked me how many hearts had to be on the bib, what pantone gray and white, etc.. I was like umm, surprise me? 😂‍

GBE: What was a major turning point toward your success?

Karin: Honestly, it was just a ton of trial and error. I knew it was possible and it'd be a matter of figuring out the puzzle. For almost a year, I was trying things, adjusting, testing and analyzing.

My website got suspended several times that year because I couldn't afford the $29 hosting fee from Shopify. It was frustrating, but I kept going...I was convinced I could figure it out.

It wasn't until the end of the first year that we started getting traction.

I remember calling my husband when I got my first order from advertising. I was like, “BABE, I GOT AN ORDER!” He was like, “Who was it, your family or mine?” I said, “No you don't understand, I don't know this person!”

It's still a puzzle, that part never really ends. 😉

GBE: You’ve accomplished so much with your business--and beyond. Tell us about some of your biggest achievements.

Karin: We lived with my husband’s family for years, so my goal was to buy a house. Maybe I just didn't want to be judged when I yelled at my kids anymore, who actually knows? Kidding, my in-laws were and are amazing people. I feel like our moving out was a gift to them!

My biggest accomplishment physically was the house. For years, my kids and I would drive up and down roads, picking out our dream houses. It was the norm. We did that for years! We all knew whose house was whose, sometimes we'd even trade houses with each other when we outgrew our own dream houses. 😂

When we realized we could buy a house, our first "house" purchase was a bag full of nerf guns and loads of bullets so we could celebrate with the most epic nerf battle. It was a group effort after all, and truly something to celebrate.

Outside of the house, I consider our family time together my biggest accomplishment. I have always been a life rebel, if something is mundane or strips my fun, I'm out. I couldn't fathom working for somebody else 40 hours per week, giving up all the memories with my family.

We have taken some incredible trips together and have shared endless laughs and memories as a result of my business.😊

The last major successes are skills acquired and my mindset. Every time you make a mistake or switch directions you are learning something. Every victory you are growing. Those experiences and lessons are tools in your arsenal for later.

My mind is restless, it thinks BIG now as a result of the business. Things I wouldn't have thought were possible for me before I know can be a few steps away.

I've also met a ton of great people along the way. You never know who you'll meet or what doors will open, but I've met some incredible friends.

GBE: You have an amazing story--starting from scratch and building such a successful company, in a relatively short time. Tell us a little about what’s going on in your world today.

Karin: My success has been a rollercoaster (of love!)  Our company hit $10M in sales early last year and we've got big plans moving forward.  We've partnered with an amazing team to help us grow and scale and we're building out more companies as we speak. The path is endless and it's cheesily just as exciting as it was in the beginning. I am grateful, and hongry 😉

A few tidbits I learned along the way...

GBE: What would you tell the girl who is just starting her business?‍

Karin: I would really start by getting really clear on your goals, your what and why. It will help you keep going when the road gets bumpy because it will, a lot.

Life is busy, it's not gonna slow down or get easier until you create some options. It will be a sacrifice at first, but boy (or should I say girl!) it is worth it.

When I started, I literally had 3 kids in diapers crawling over my lap as I would be working at my computer. The room was a mess, the kids weren't getting much attention, meals were often effortless, I didn't have time to workout and it wasn't a feeling overall that I loved or wanted to continue forever. I knew that if I worked through the "season" of life that I was in, I would have options.

Whatever your circumstance, it's not permanent. You are capable, creative and resourceful. Don't doubt yourself. You have everything you need to get started, put your energy there and work hard.

Last thing, stay focused. There is a ton of advice out there. If you follow 3 "gurus" and have 3 different plans, likely you'll never get anywhere. Do your research, make a decision and stick to it. The grass isn't always greener - and the online guru might still be living with their mom. ;) 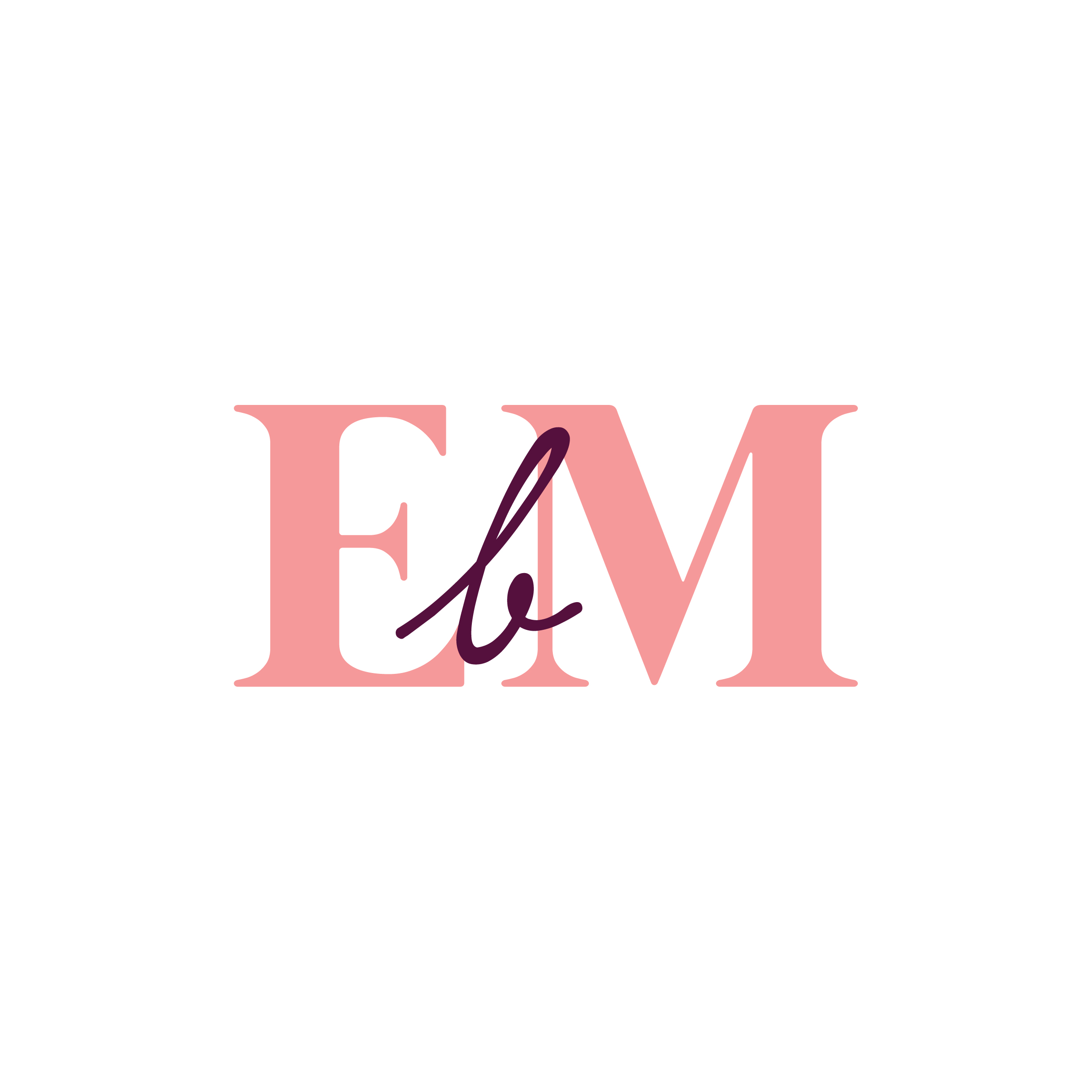 EARNINGS DISCLAIMER
Any earnings or income statements or examples shown through our website are only estimates of what might be possible now or in the future. There can be no assurance as to any particular financial outcome based on the use of our website. You agree that We are not responsible for your earnings, the success or failure of your personal or business decisions, the increase or decrease of your finances or income level, or any other result of any kind that you may have as a result of information presented to you through our website. You are solely responsible for your results. This website is in no way sponsored, administered, or associated with Facebook, Inc. or Instagram, Inc.